Full profile of a Therapist

Katalin has always had an active involvement in healing and science.

Katalin completed a pharmacy degree in Hungary, working in research on how to administrate drugs into the body for the best effects.

However, when considering the many side effects of medicinal drugs, Katalin began to look into more natural ways of helping people with illnesses.

After arriving to Australia as a refugee and learning English, Katalin completed a Bachelor of Health Science degree in Complementary Medicine as well as Naturopathy and Western Herbal Medicine.  She has practiced Naturopathy since 2003 and specifically developed her interest in pain management and the effects of  inflammation on health including arthritis and chronic fatigue.

Not fully satisfied with just employing Western ways of healing, Katalin completed another degree, this time in Chinese medicine, acupuncture and is now a Doctor of Chinese Medicine.

Katalin’s focus is to integrate her many years of Western science background with her Eastern medicine training to provide her patients with the best possible outcome for their health. 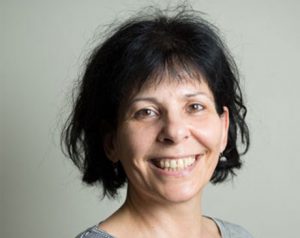