Full profile of a Physical Therapist

Dr Rod has been a Chiropractor for approx 30+ years. Originally from Ceduna, South Australia, Rod has practiced in Castle Hill, NSW since graduating from Macquarie University 30+ years ago after deciding that commercial fishing wasn’t for him. Rod moved back to his home town of Adelaide after selling his practice in NSW several years ago to be closer to family & to support his son who is studying to be a Chiropractor at the Australian Chiropractic College in Adelaide. At the time his practice in NSW was one of the largest multi-disiplinary clinics in Australia with 13 full time chiropractors, physiotherapists and massage therapists all working together in a team environment.

As well as managing a busy practice and working with his own case load of patients Rod has had extensive involvement in sports chiropractic. He has worked with athletes and teams in several sports at an elite level and is one of the only chiropractors in Australia to have worked extensively with Australian National sporting teams as they train and compete overseas. Rod has a special interest and considerable expertise in the management of fatigue and rapid recovery processes in elite athletes who are competing in multiple events over very short periods of time such as world championship tournaments.

Rod has toured overseas with the Australian National U18's, U20's & Men's Ice Hockey teams over several years as they attended their training camps overseas and competed at the World Championships in their respective divisions in Europe. He has also worked with individual athletes in preparation for world championships in Canada & the USA. This extensive experience has given him a unique understanding of the needs of elite athletes at both a State & National level.

He is trained in and uses a wide variety of chiropractic techniques to individualize care for his patients. He has owned and practiced in a multidisciplinary clinic that consisted of a group of Chiropractors, Massage Therapists and Physiotherapists and enjoys the cooperative interactions with the other health care professionals.

Since moving back to South Australia Rod has been doing long term locums as far away as Port Augusta, Roxby Downs, Strathalbyn and Hahndorf - and several locations in between! He is keen to settle and work in one location with less travel and is excited to be working with Dr Arcady & Dr Sarah. We know you will give him a warm welcome as he settles in! 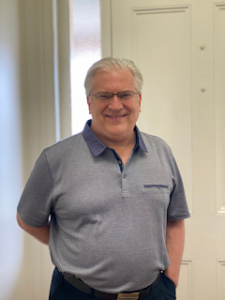